As I've told you before; half of the academic year is already done, except the exams offcourse. Between all this schoolwork there has to be time for some fun. This semester was full of party (again), but as we all know: beautifull songs don't last forever. Duty calls: to study it iz, and it will be. But before this period of studying, traditionwise we party a last time the night away (although, this time it has taken 3 times to define our 'last' night: haha!). After some dining we went to YOLO-winter wonderland @ Barvista club in Leuven. There was an awesome deal: 5 shots gin = one goodie. Offcourse we drank the goodies away. 5 Russian fur hats & some gloves, good work, no? It waz an incredible farewell party with a lot of highlights. (Like a gang of foreigners stealing wallets&phones -oh hell yes included mine- but luckily they are arrested, the wallet came back but without the money... Despite the fact I had no money anymore, I couldn't give up my last party of the year @ Leuven: so no thinkin' but party!) 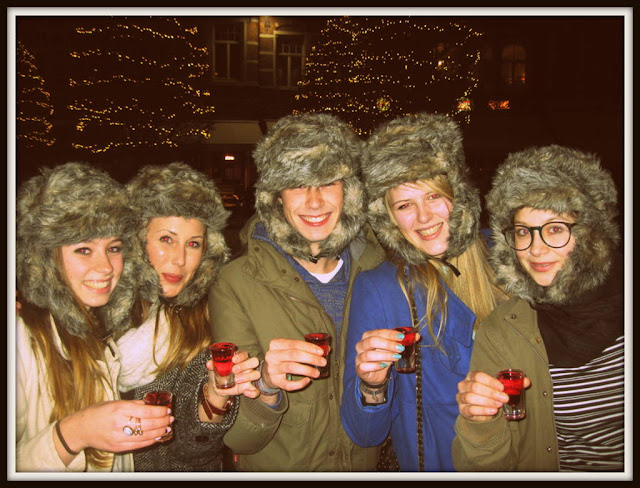 Partybuddies in crime:
from left 2 right; Tessa, Jolien, Tom, me and Anne 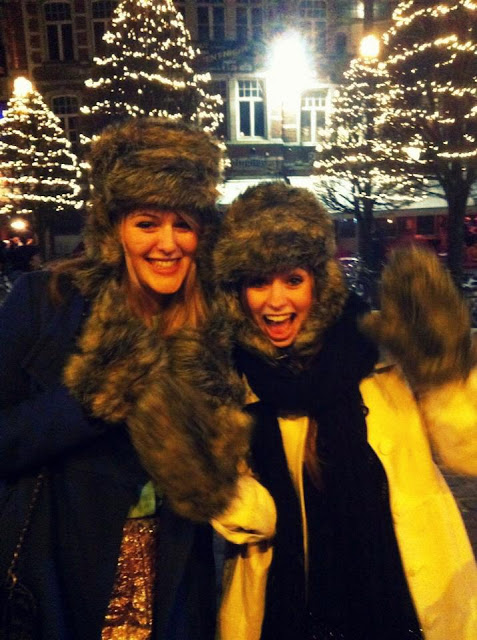 The second event I've mentioned was the little christmas-party with my psychology-friendz. We had to bring all some snacks, but it ended in a serious banquet. (I felt even over-eaten till next morning!) Salmon-cheese wraps, cookies, chips, pizza, salami, olives; call it & we had it. D to the elicious. To top thingz off; we received a name to buy an inimini-xmas-gift (€3 or something; as student we're allowed to keep it low-budget; right?). I received the king of greens from Catrice and a Montagne Jeunesse face mask; thanks Charlotte for the lovely present! 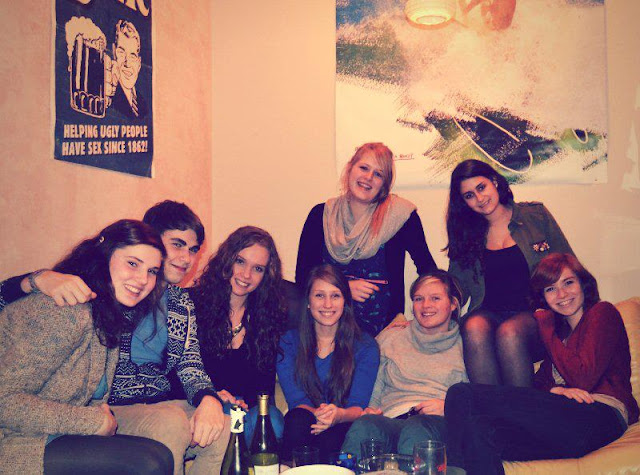 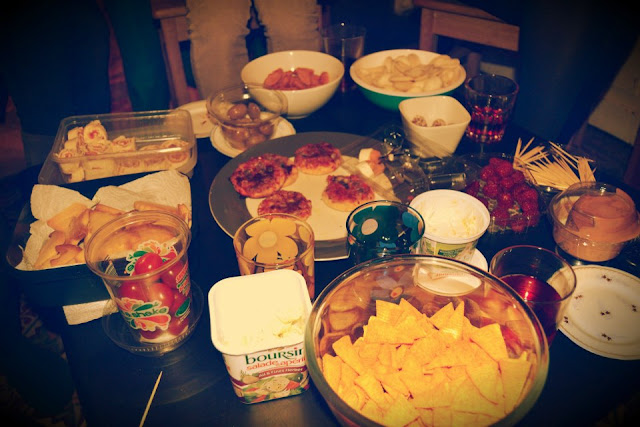 And thanks to all for the lovely times this semester; let's make the next even more memorable ;)

In a couple of hours I'm off to the 'End of the world party' in the neighbourhood; ow and if it's real; I hope my blog will be an artefact for the new generation; haha! xoxo