Outfit of the night: disco-ball-lookalike-eighties-dress

The nillies. My time. What should I talk about when I'm retiring and have my grandchilderen coming on a visit? Would it be the conflicting forces on several areas (see: political, economic, social or natural aspects) or rather the uniforcing social media? That's the core concept of this period imo. We've been overwhelmed by facebook, twitter, instagram, soundcloud, spotify, hyves, youtube,... and that are just the most leading ones. Caring = sharing, it's the rule rather than the exception. Odd isn't it? And even in the domain of fashion, whe can't live without them. Not only blogsters but also fashion magazines, brands, webshops and others can't help but to be keen to join in. If I have to give one word to define the nillies; it would be hodgepodge. And after my demonstration, that term speaks for itself.

The eighties. That's the period I had wanna live. An intersection of bright colors & punk. I love the prototypic vision of the disco people. They looked so funny and simultaneously also fashionable. A complex image with glitters, colors, leggings and polkadots. When you say eighties, I say cool music with funny upside-down moves. Love it.

Remember the dress from this post? I felt directly in love with this disco-ball-lookalike-dress. It clearly reminds me of these golden eighties, where surplus glitter & color wasn't immediately taboo.
I was a bit choosy how to combine this, since I wanted all eyes on the dress. So I dressed down with simple black. 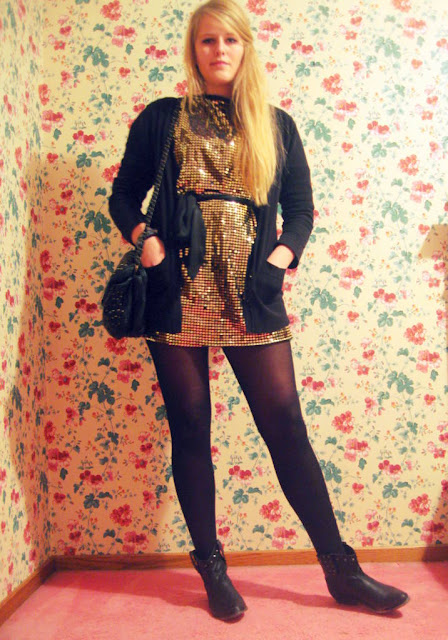 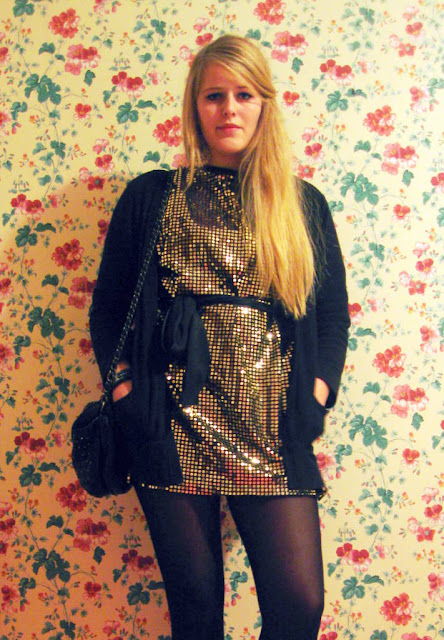 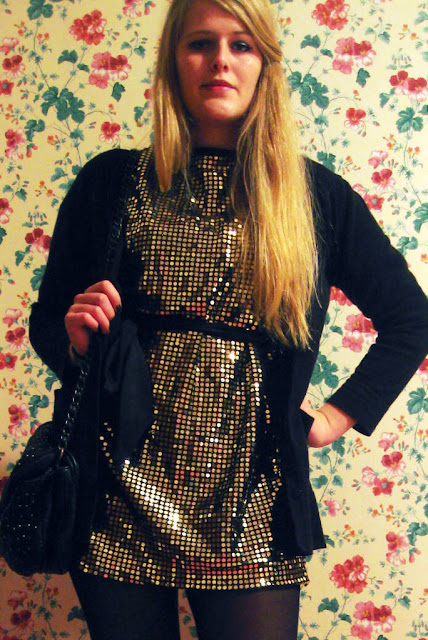 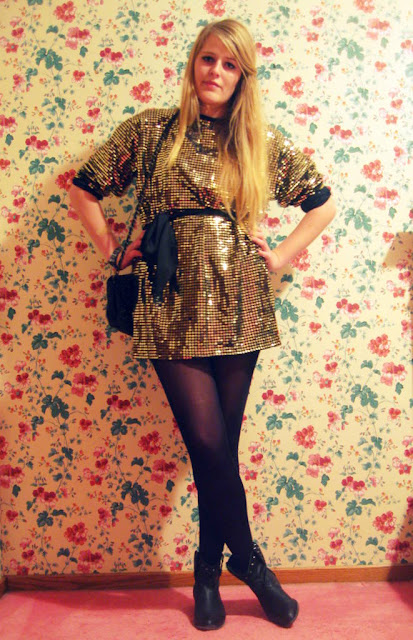 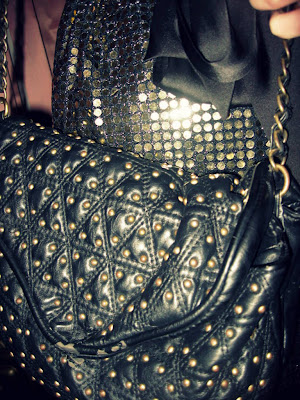 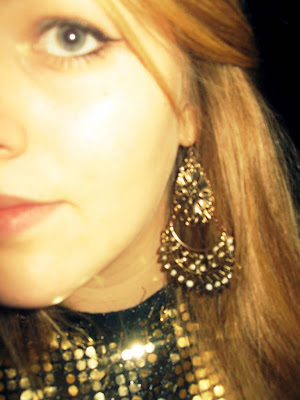 BTW: Here's a good illustration of the eighties with a nillies electronic touch.